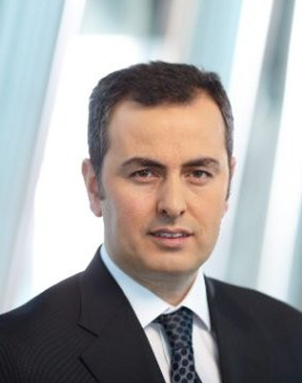 Mr. Aran received his B.S in Computer Engineering in 1990, from the Middle East Technical University and his master's degree in Management (MBA) in 2001, from the Başkent University.

He began his career in 1990, in ISBANK as a junior software developer. Mr. Hakan Aran has been the Deputy Chief Executive in ISBANK, responsible for IT strategies, since 2008. With thirty years of experience in the Finance, Insurance, Telco and IT Industry, he has extensive knowledge in Operational Excellence, Digital Transformation, Cyber Security, Machine Learning, Artificial Intelligence and IT Management.

Mr. Aran has served in many group companies as a board member. He is the Chairman of SoftTech A.S. which is the biggest software company of Turkey with its 1.300 developers. In addition to the group companies, he is also member of the Technology Advisory Board Committee of the Mastercard.