When AI Gets Creative: Can Artificial Intelligence Own IP Rights? 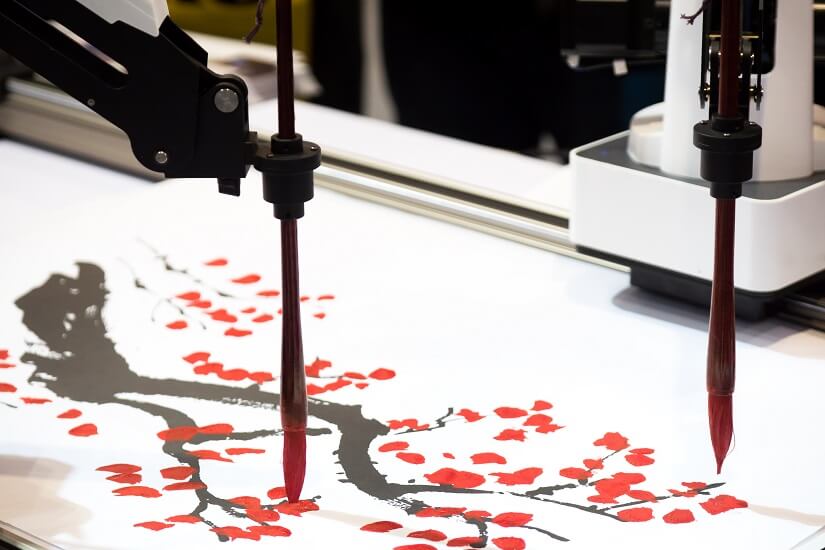 One of the most popular debates related to artificial intelligence (AI) nowadays is the legal status of AI-created works of art. Is it possible for an AI to own the intellectual property of the works it has produced? Who owns the intellectual property of the painting Portrait of Edmond de Belamy (2018), the world’s first piece of art created using artificial intelligence? Or what about the legal position of the world’s first Non-Fungible Token (NFT)-based digital painting produced in part by a humanoid robot named Sophia? Does the machine artist Ai-Da have a claim on her drawings and sculptures, or do the rights belong to the person who developed her? Questions like these and many more are among the controversial topics discussed today.

Especially following the Federal Court of Australia’s recent decision designating an AI system as an inventor for the purposes of the Patents Act 1990, discussions on the issue have escalated once again. In its decision, the Federal Court of Australia changed its previous attitude towards AI-made inventions, and found DABUS, which is an AI system that is able to propose various ideas and inventions, can be considered the official inventor of its patentable inventions while its developer, Dr. Stephen Thaler, remains the patent owner. Thus, for the first time in the world, a court has concluded that an AI-based computer programme can be considered an inventor in terms of patent law. On the other hand, the UK Court of Appeal rejected Dr. Thaler’s patent application on behalf of DABUS in a recent decision given on 21 September 2021, ruling that AI has no rights and cannot be listed as an inventor on a patent application on the ground that an ‘inventor’ must be a ‘person’ as per the Patents Act 1977. However, to our knowledge, there is currently no decision regarding an AI and its intellectual property ownership.

Before analyzing the interaction between artificial intelligence and copyright law, or more specifically, the legal status of the works of art created by AI, it is necessary to examine the concept of artificial intelligence itself. Although there are various definitions of AI, John McCarty's expression is sufficient enough to understand the main concept: “It is the science and engineering of making intelligent machines, especially intelligent computer programs. It is related to the similar task of using computers to understand human intelligence, but AI does not have to confine itself to methods that are biologically observable".

AI combines computer science and robust datasets to enable problem solving, which creates an expert system. There are two types of AI, “Narrow AI” and “Strong AI”. Narrow AI is a type of AI that we regularly use in our daily lives such as Siri produced by Apple, Alexa produced by Amazon, and other such similar autonomous vehicles. On the other hand, Strong AI is almost similar to humans as it has self-aware consciousness, is able to solve problems, learn and plan the future according to recorded past data. The fictional character HAL 9000 in Arthur C. Clarke's Space Odyssey series is an example of Strong AI.

There are several AI applications that we use in our daily lives such as speech recognition systems like Siri, customer services such as messaging software on e-commerce sites, computer vision that uses image recognition on social media platforms, radiology, self-driving cars, recommendation engines which are capable of using past consumption behaviour data to develop effective cross selling strategies or basically add-on recommendations on websites, and automated stock trading systems that optimize stock portfolios. However, the skills of AI are not limited to these. It can also engage in creative matters such as writing songs, poems, or novels, or painting and sculpture. Considering all these capabilities, it is important to debate who owns or should own the intellectual property of the works created by AI, and to analyse the relationship between AI and copyright law.

Copyright in Turkey is regulated under the Law of Literary and Artistic Works No. 5846 (“IP Law”) which came into force on 13 December 1951. Although a draft law to amend the IP Law was released for public comment on 5 May 2017 on the official website of the Turkish Ministry of Culture, it has not been enacted so far. Therefore, IP Law is currently applied in all matters related to intellectual property and copyright.

The definition of “work” is made in Article 1 of the IP Law. Accordingly, a work is “any intellectual or artistic product bearing the characteristic of its author, which is deemed a scientific and literary or musical work or work of art or cinematographic work”. Although the categories of work in Article 1/B(1-b) are listed on a “numerus clausus” basis, the IP Law provides many sub-categories under these main categories referred in Article 1/B(1-b) which can be expanded by way of legal interpretation. In order for a work to be considered as a work of art, it must be in one of the categories listed in Article 4 and have “aesthetic value”. An intellectual or artistic creation is considered as a work subject to copyright protection if it meets the definitions in the IP Law.

The ownership of the work is acquired automatically with the creation of the work regardless of the status of its creator in terms of legal capacity to act. Article 8(1) of the IP Law provides the main principle regarding intellectual property ownership: “The author of a work is the person who has created it.”. The “author,” or in other words, the “owner” mentioned here can be both a natural person and a legal person after the amendment made to the IP Law on 3 March 2004, which removes the “natural” from Article 1/B(1-b) defining the owner of the work. Both articles, which substantially state the same thing, are the most determinant provisions shaping discussions surrounding AI’s ownership and copyright, as they clearly disclose who the owner of an intellectual and literary work is.

Debates on AI and Its Ownership

There are different doctrinal opinions on whether an AI can own the copyright of the work it has created since it is not yet categorized either as a “natural person” or a “legal person” in the law. The first opinion on the topic argues that AI cannot be granted a legal personality as it is just a “commodity” before the laws. According to this approach, AI-created art pieces are the property of the AI’s developer or manufacturer. This opinion further supports that AI cannot be appointed a legal statute as it is incapable of human feeling. A similar opinion on the issue is the “slavery view” put forward by John Locke. The view that Locke advocates argues that AI is in the property of its producer. What is meant by the word “production” is enabling the product to exist, and accordingly, the producer of the AI, namely the programmer, will be deemed as its owner.

A controversial opinion that goes against these approaches supports the idea that it might be dangerous to call an AI simply a commodity or a slave since it can exhibit more advanced attitudes than its developers and has more skills considering all the features, such as reasoning, learning, and predicting, of which it is capable.

The final opinion, which is also proposed by the European Parliament Legal Affairs Committee in its report dated on 27 January 2017, holds the view that AI should be granted a special electronic personality following a registration process before a specialized official institution, so that AIs with certain characteristics can reach a clearer position in the legal system. However, the European Parliament rejected the proposal to give AI legal personality on the ground that no liability can attributed to it as it would result in the elimination of the responsibility of its developers.

In opinions that see artificial intelligence as a commodity or a slave, the owner of an AI is deemed the owner of an AI-created work of art. The most accepted approach today is more in this area since the IP Law stipulates the owner of an artistic work to be a “person”, whether a legal entity or a natural person. Therefore, it is not possible for a humanoid robot, or any other computer based machine artist to be the intellectual property owner of an art piece since they have not yet been granted a legal statue in Turkish legislation.

The opinion supporting that AI should be deemed the copyright owner on the works it produces seems to be applicable only provided that a legal status is assigned to AI in the relevant legislation. Even if AI is granted a personality in the future, we are of the opinion that it can only be in a symbolic nature as it cannot claim its rights or repair damages that it has caused. However, despite the UK Court of Appeal’s negative approach on the matter, the previously mentioned Federal Court of Australia decision reveals how these debates can evolve as new developments occur. This decision is obviously a landmark in the debates examining whether AI systems should be afforded intellectual property rights and whether they can qualify as the owner of the work.

To conclude, although there is no current explicit regulation or case law in Turkey addressing AI’s personality, these human-created machines are becoming more and more popular day by day. Therefore, it is exciting not only to follow up the developments in the AI ecosystem but also the changing practices of courts around the world regarding intellectual and industrial property rights.